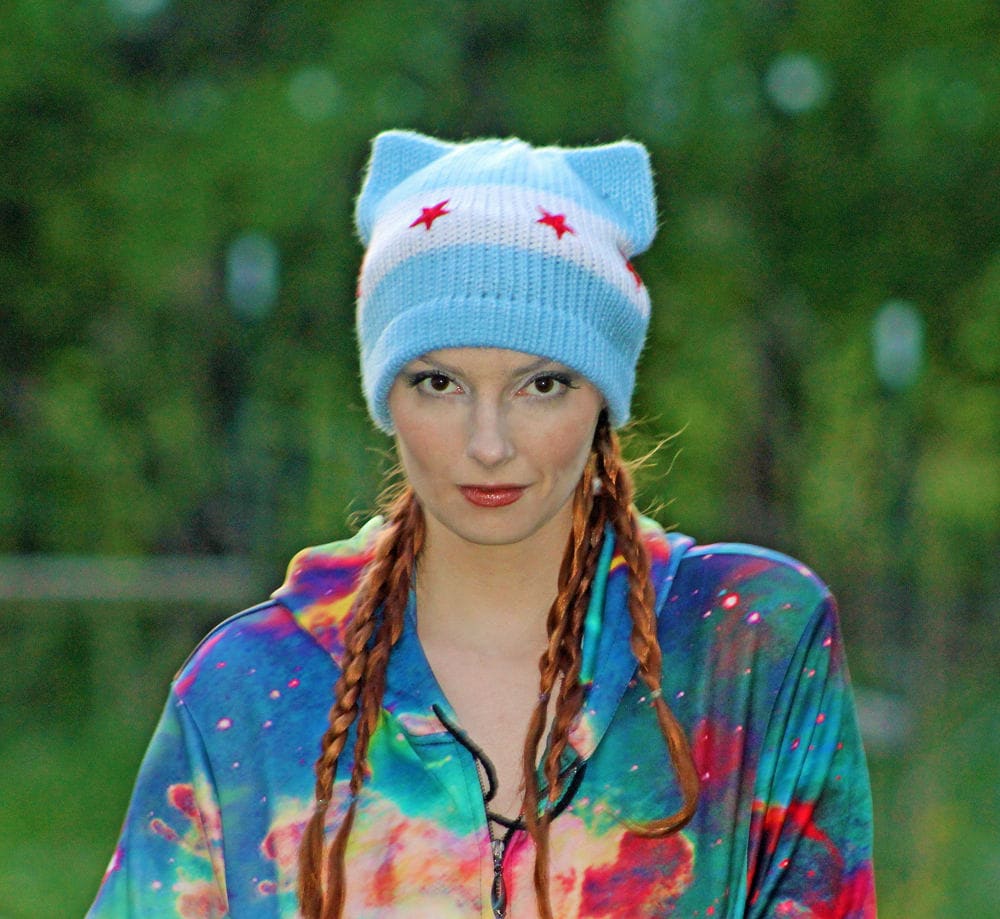 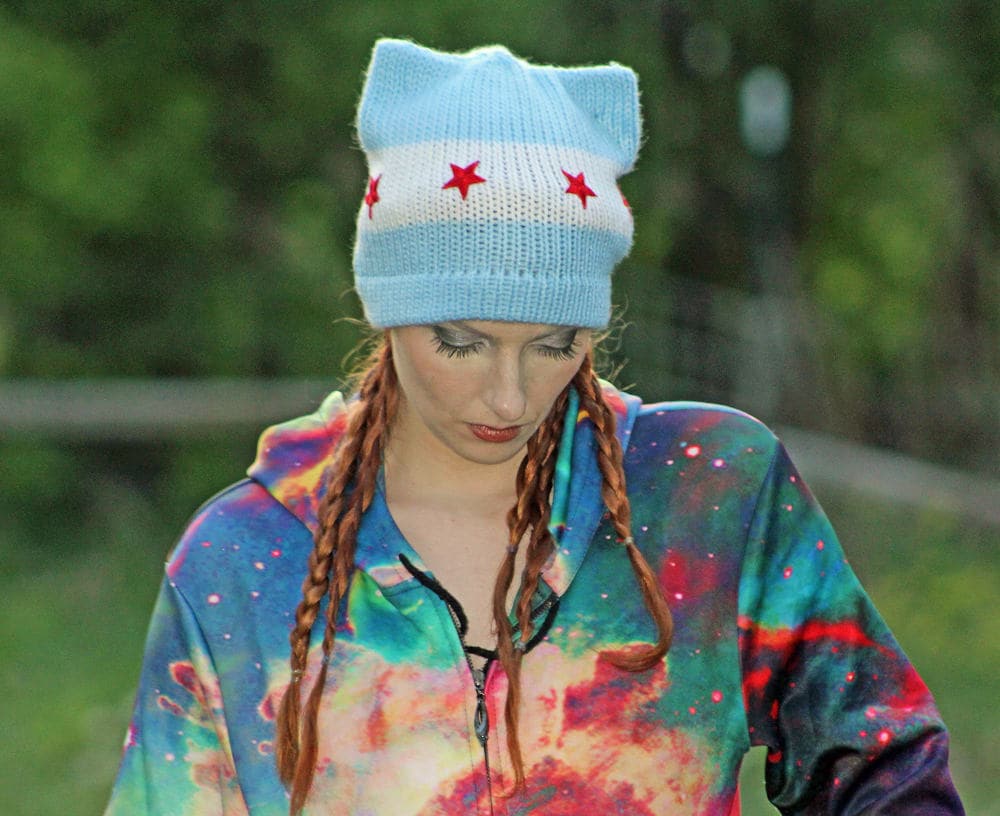 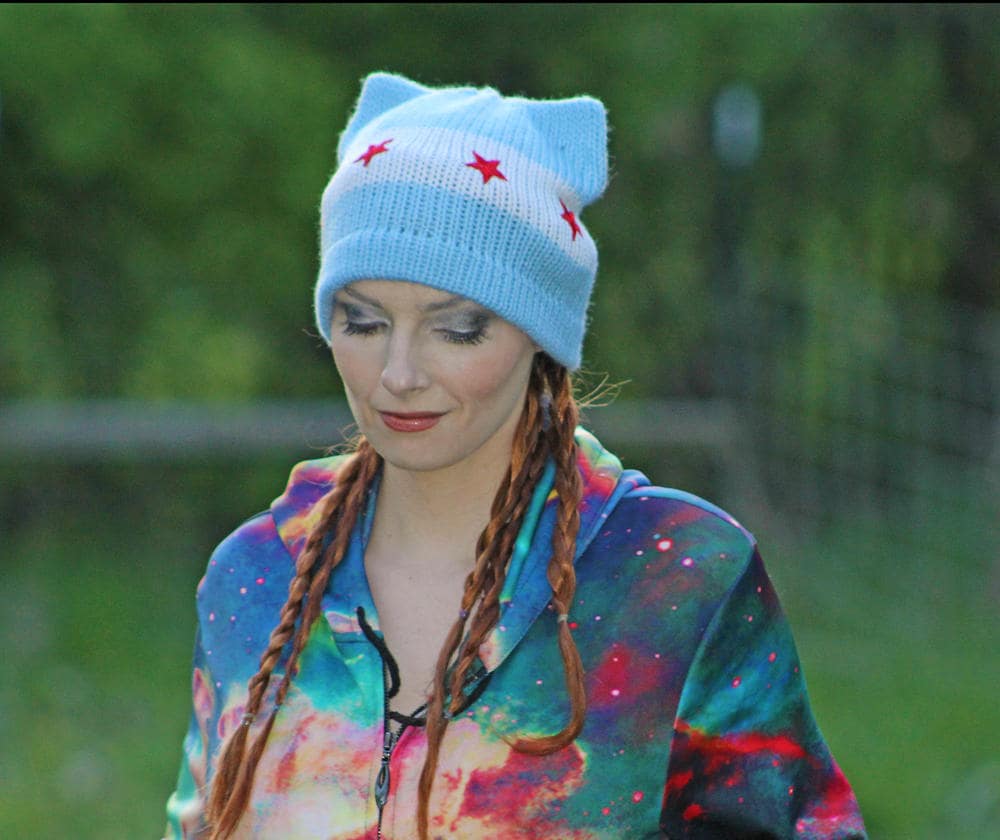 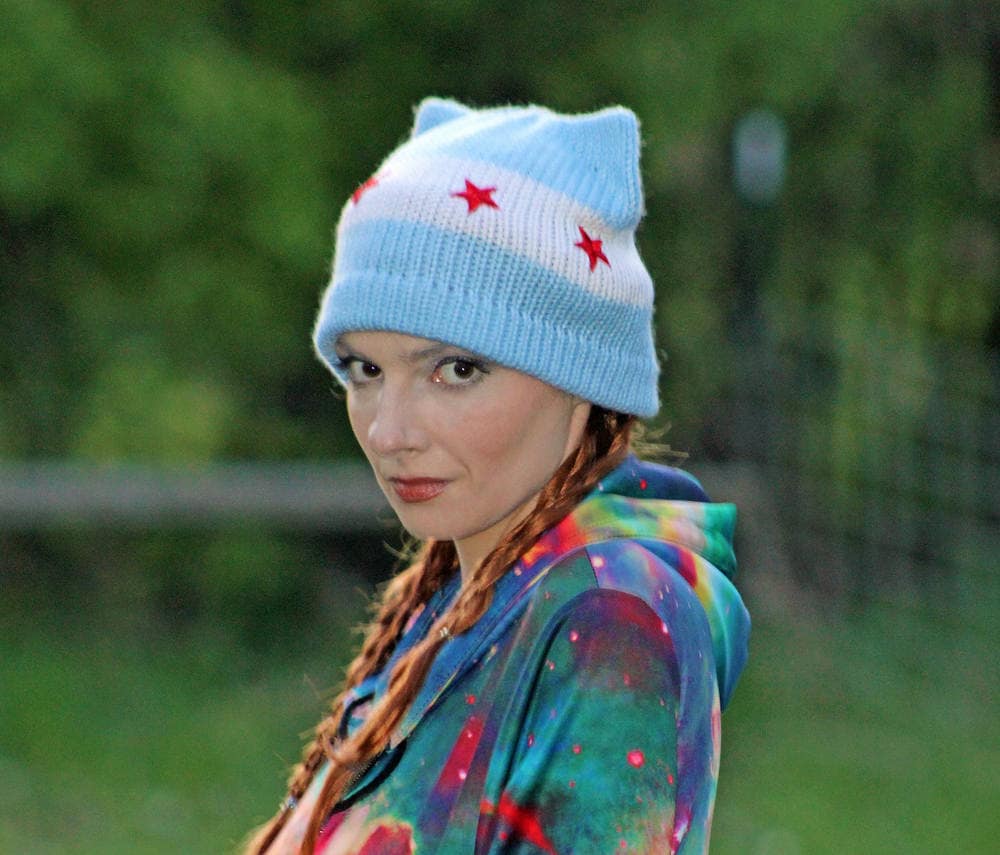 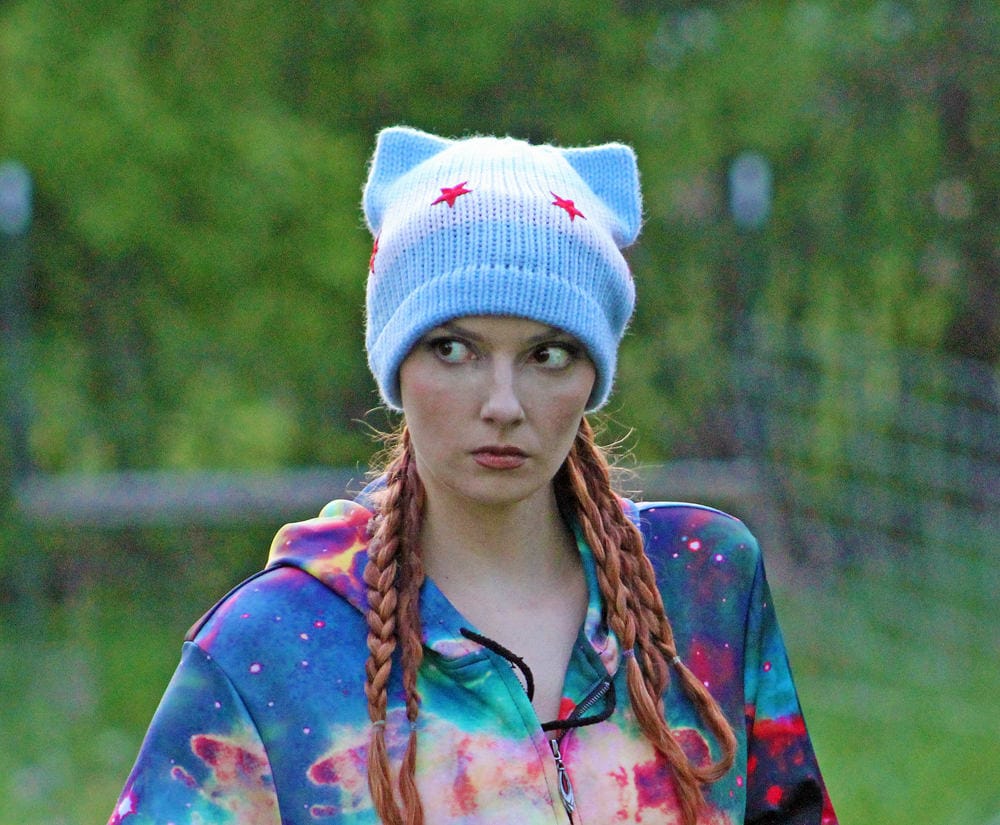 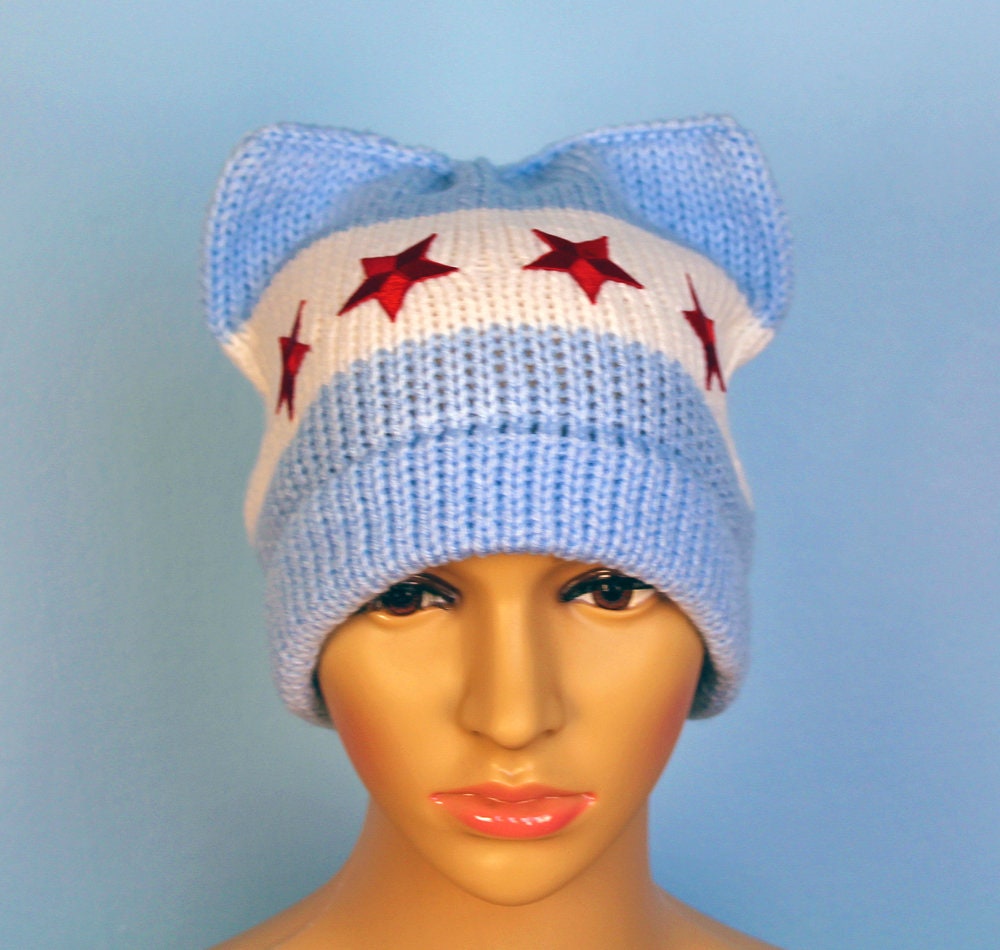 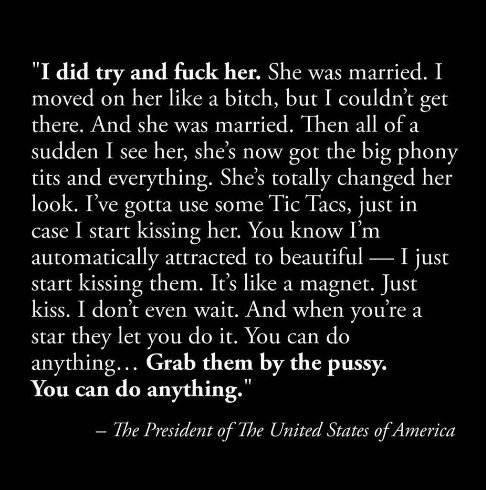 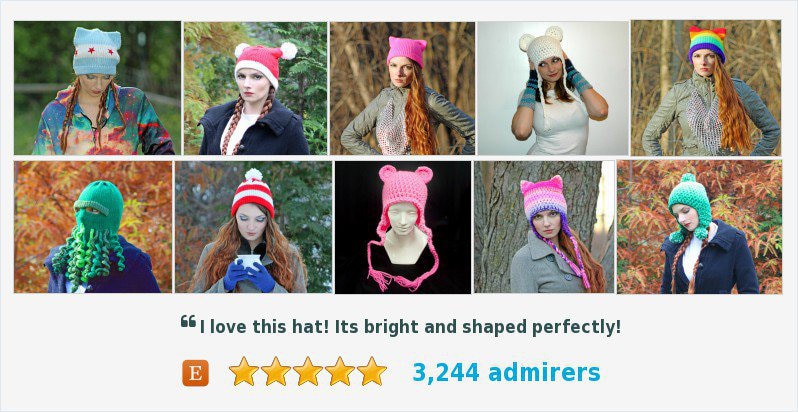 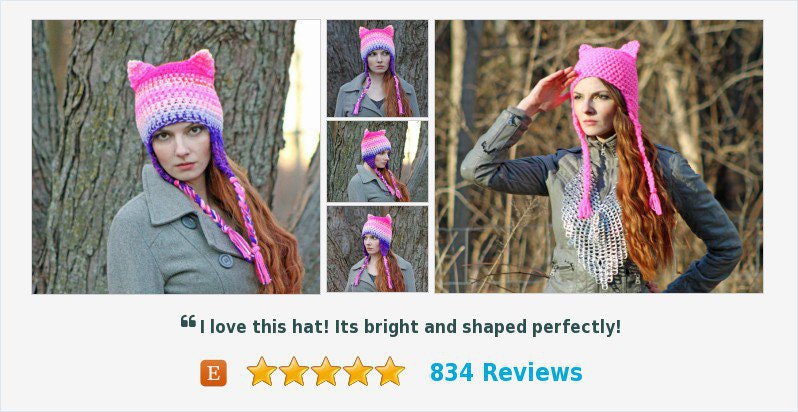 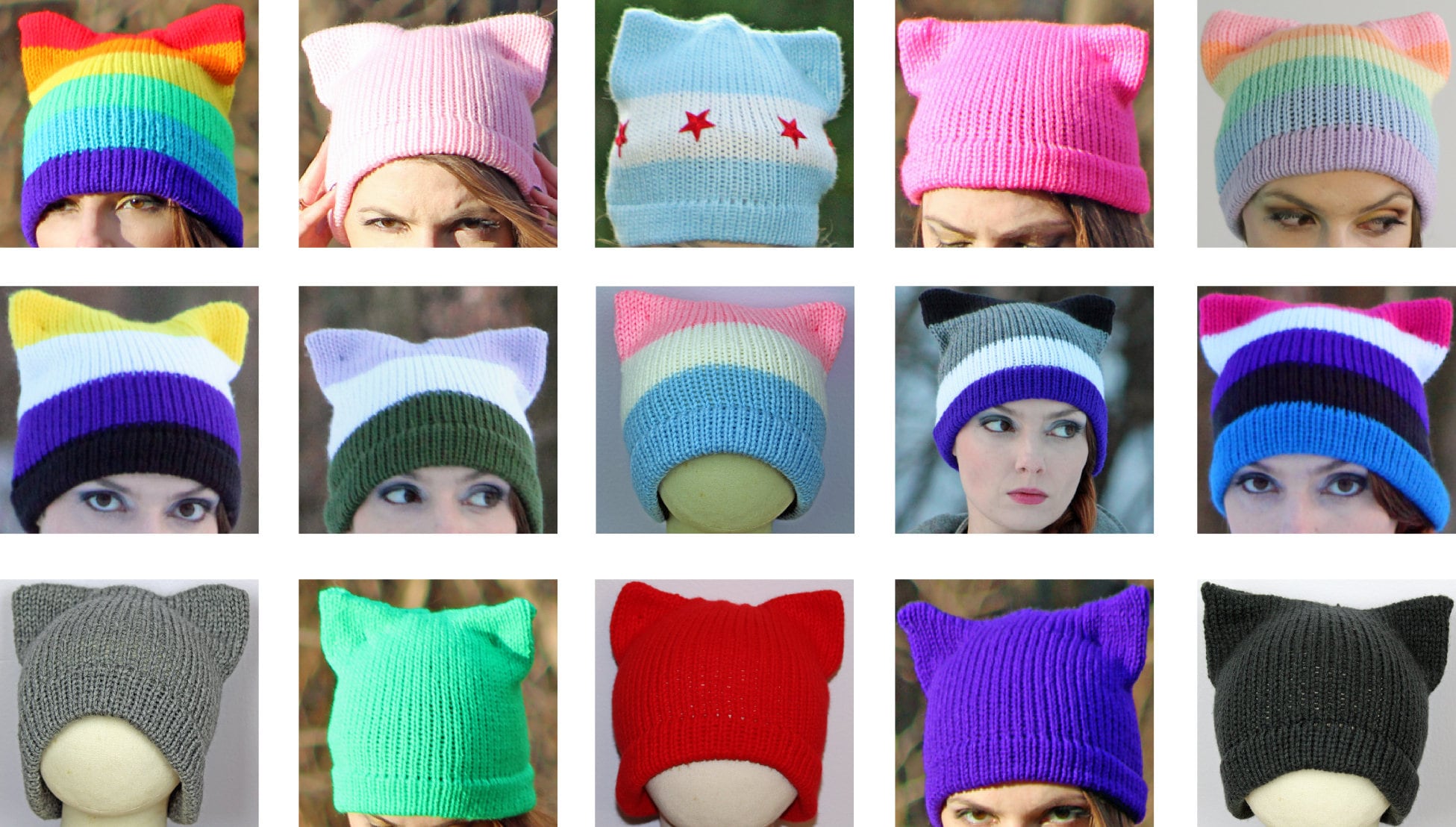 Ready to Ship!
Can't Grab this Pussy!
We grab back... and with sharp claws! MEOWW!
This hat would make a great Political gift for any loyal Chicago Loving marcher, man, woman, or child.
CLIMATE CHANGE IS REAL and we deal with the bipolar weather alot here in ChiTown !

It started with your support for the Women's March on Washington.
Now we need to continue standing up in solidarity, for the things that matter,
like the one and only planet we all live on, right?
This is a super cute and cozy Baby blue and white striped handmade knit kitten pussy cat hat adorned with red stars!
The concept for the Pussy hat arose as a way to show unity en masse and also in direct response to something terrible we all heard our president say about grabbing women by the pussy and sexually assaulting them.
It stands for a funny and cathartic play on words because we refuse to be silent victims in the face of such misogynistic culture.
Cat's are independent,determined, intelligent, and capable creatures, who do not allow just anyone to grab them, Nor do we!
This hat represents a ROAR for solidarity not only with women, but for our allies of all social classes, nationalities and ancestries who struggle as well.

It is an adorable hat with kitten ears that stand up on top.
It is available in every color.
You are sure to make an impression with this hat anytime while staying warm and simultaneously ,cool as a cucumber.
It has a warm double thick brim.

As Time magazine said "the resistance rises!" #WeWillReplaceYou
Celebrate the Largest most peaceful protest in history and show your support and love for women.
Girl/Pussy power!
This official pussy hat was actually made by hand in America by a woman (and rape/sexual assault survivor) in Chicago.
As you may know, Chicago was also the only city that was actually capable of shutting down a Trump rally and his supporters before the election.
FYI, We also have a pretty much 24/7 protest vigil going on outside the Trump Tower for the past several months.
Let's change this world for the better, together!

one size fits most. Pm for custom sizes.
Hand wash in cold water and lay flat to dry.Yarn may vary.

P.S. If you missed the Women's march on Jan. 21 there will definitely be more opportunities for you to participate in a demonstration for women and human rights in the near future :)
People's Climate March is a global event april 29th 2017, check your local area for march details.

There was also a "day without women strike" planned for International women's day on march 8th
(The pussy cat hat color for international women's day it red.)
There are also several ongoing immigration ban protests going on around the country and local airports.
This year on EARTH DAY, April 22 2017 There was a scientist march on Washington that had many sister events in cities around the country and world that marched in solidarity for mother earth and the existence of facts.
Check your local areas for events .
If you can...Get a group of your best gals/pals together for another upcoming rally near you (you know there will be more demonstrations... it's only been 100 days and look how much has already happened!)and make a life experience of it! ;)
100% renewable energy now!
#singlepayernow
Medicare for all!
Rights and person hood for our planet!